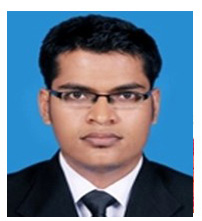 Riad Mahmud currently working as a Senior Lecturer in the Department of Law, East West University, Bangladesh. His area of teaching is mainly Public International Law and Constitutional Law. In addition, he also supervises thesis dissertations on international law, constitutional law, international transboundary crime, and environmental law.  He was the convenor of the department’s Committee on Moot from 2019 to 2021, during which the teams representing East West University achieved unprecedented success in national and international mooting competitions.

Riad Mahmud’s research focuses on comparative analysis of public law, especially laws of South Asia. He has published widely on human rights, labor rights, environmental law, transboundary crimes, and energy laws of Bangladesh. His work has been supported by the International Academy of the Belt and Road, the Learned Society of Wales, and the Empowerment through Law of the Common People (ELCOP).

Before joining the Department of Law, East West University he taught International Law, Human Rights, Humanitarian Law, and Environmental Law in the Department of Law, Daffodil International University from 2015 to 2018, where he also served as the Moderator of the Daffodil Moot Court Society. He worked as an intern in the USAID and National Centre for State Court’s Justice for All (JFA) program in 2014. He also worked as a research associate in the Bangladesh Institute of Labour Studies (BILS) in 2013.

Mr. Riad completed his LL.B. from, the nation’s pioneer and top-ranked, the Department of Law, University of Dhaka. In 2013 he also completed LL.M. from the same institution with a specialization in International and Comparative Law. As a student, he was actively involved in mooting and served the Dhaka University Moot Court Society as a General Secretary.

He is an enrolled Advocate in the Dhaka Bar Association since 2018. He is also the National Administrator of the National Rounds of the Philip C. Jessup International Law Moot Competition for 2021-2022.

"The Possibility of Jute as GI Product", Law and Our Rights, The Daily Star, September 4, 2018.