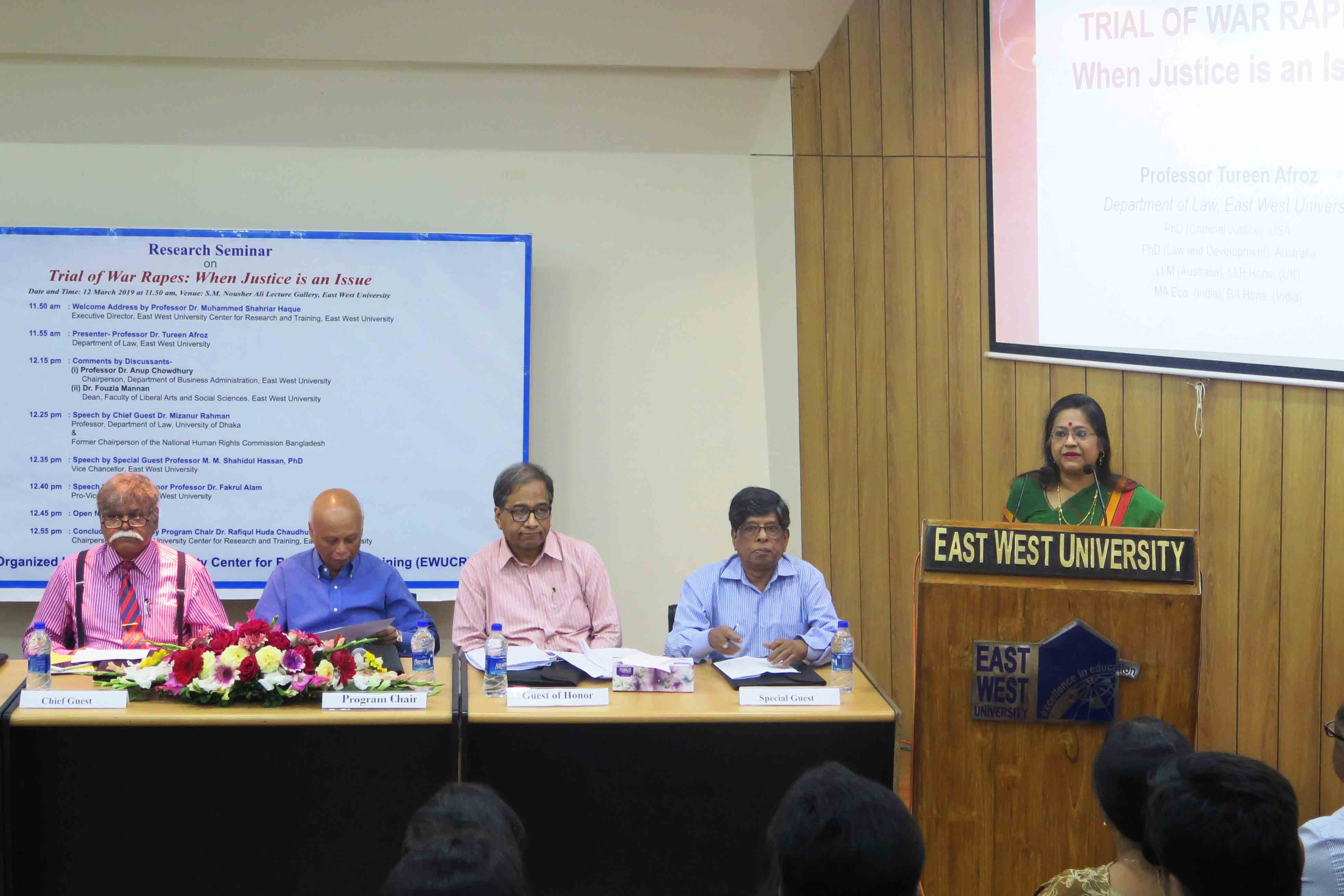 In the Liberation War of Bangladesh in 1971, the brutality against women was not the by-product of War, it was a pre-planned genocidal war crime, Former Chairman of the National Human Rights Commission, and Professor of the Department of Law, University of Dhaka, Dr. Mizanur Rahman stated this in a seminar of East West University (EWU) as the Chief Guest. According to him, the punishment of the perpetrator is not the end of the trial process, but there should be arrangements for compensation for the oppressed women.

East West University Center for Research and Training (EWUCRT) organized the seminar on “Trial of War Rapes: When Justice is an Issue” at the S.M. Nousher Ali Lecture Gallery of EWU campus, Aftabnagar, Dhaka on 12 March 2019. The research paper was presented by Dr. Tureen Afroz, Professor, Department of Law, EWU. In her presentation, based on extensive research and interview of 385 rape victims conducted throughout Bangladesh, Dr. Afroze noted that complete justice was needed though some of the trails of the rapists had been successfully concluded.

The seminar was conducted by Dr. Rafiqul Huda Chaudhury, Member, Board of Trustees, EWU and Chairperson of EWUCRT. Professor Dr. M. M. Shahidul Hassan, Vice Chancellor, EWU, was the Special Guest while Professor Dr. Fakrul Alam, Pro-Vice Chancellor of EWU was the Guest of Honor of the seminar.

A Lecture on “International Criminal Law: Foundation, Development and ...

EWU Organizes a Research Seminar on War Rapes
View All