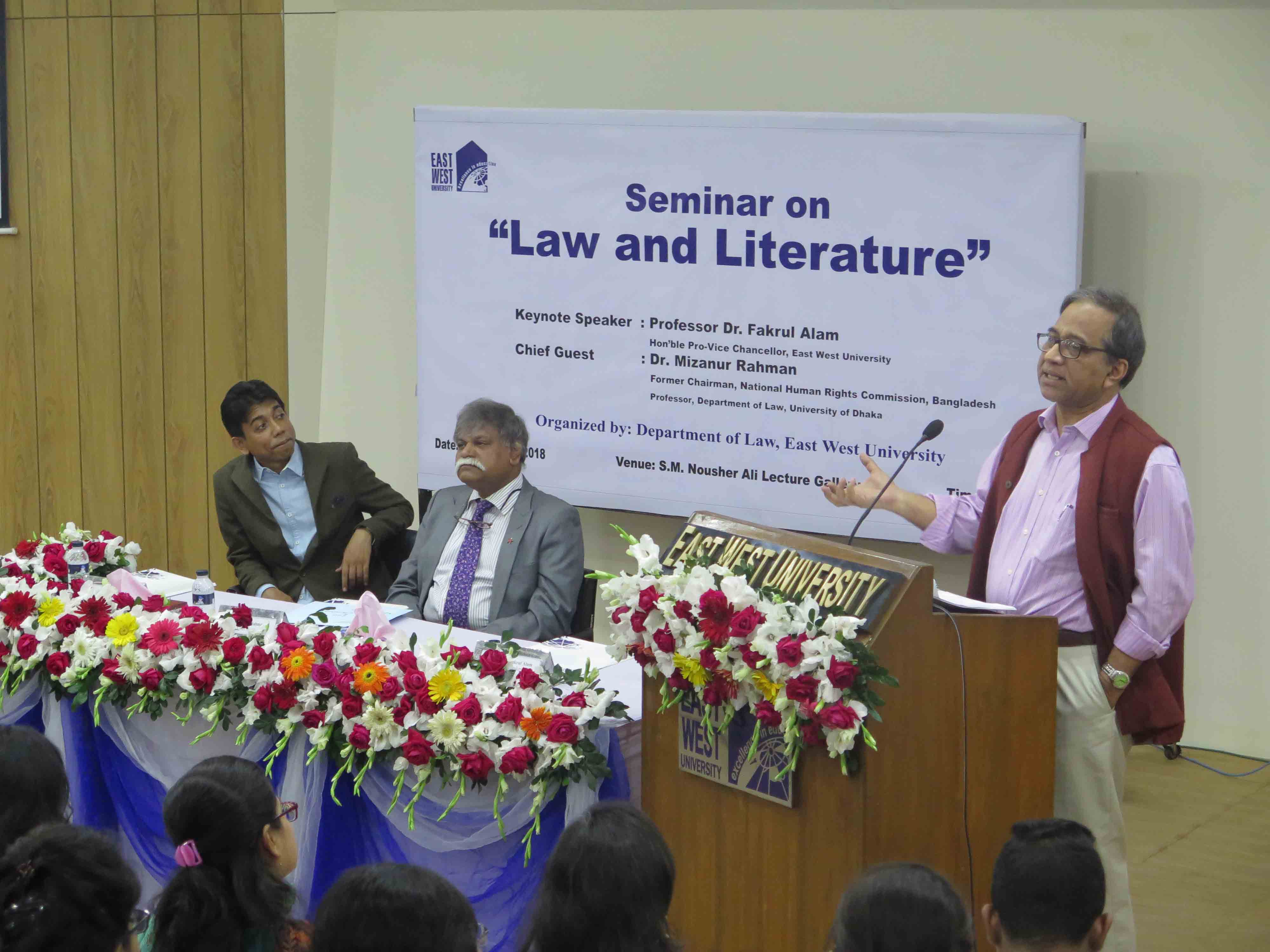 East West University Law Department organized its third interdisciplinary seminar of Fall 2018 semester on December 3, 2018. The seminar was titled as “Law and Literature” and held in the Nausher Ali Lecture Gallery at The EWU Campus Aftabnagar, Dhaka. The program started with the welcome speech of Dr. Mahatab Uddin, Assistant Professor and Chairperson, Department of Law, East West University.

Professor Dr.FakrulAlam, the hon’ble Vice Chancellor of East West University was present in the seminar as the keynote Speaker. On his lecture titled as “Law and Literature: Cross-connections”, Dr. FakrulAlam related literature with law and gave some practical examples of law and literature with the autobiographical speech. He quoted some lines of William Shakespeare, Charles Dickens and also related the poem “Law, Like love” with literature and law. Sir ended his speech by an example of “To kill a mocking Bird” that showed the connection between literature and law. Dr. Mizanur Rahman, Former Chairman of National Human Rights Commission, Bangladesh also gave his valuable contribution to the seminar as a chief guest. Sir gave practical examples of the logical relations and literal relations of Law and Literature and also connected his speech about how literature becomes law and law becomes the literature.Students of Department of Law showed their great enthusiasm to the seminar.

The faculty members of East West University Law department also gave their valuable contribution to the seminar. Approximately 120 students of Department of Law were present there. The seminar ended with the question answer session between the students and also by giving prize to the honourable guests.At the end, the vote of speech was given by Mr. Md. Ataul Karim, Lecturer of Department of law East West University.

A Lecture on “International Criminal Law: Foundation, Development and ...

EWU Organizes a Research Seminar on War Rapes
View All